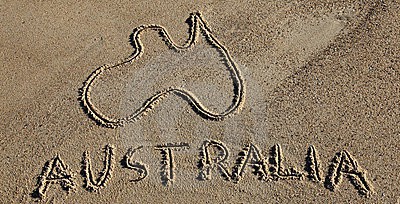 It may be summer holidays but the team at Australia 3.0 are already planning activities for 2015. The Government Services and eHealth Streams and organising a February Workshop in Sydney to get the year underway.

Australia 3.0 is an annual set of events, which seeks to develop new solutions for complex issues critical to Australia’s development by providing direct engagement between government, industry and the innovation sector within a structured framework.

Many programs rely on the effective use of ICT, however challenges remain on how to deliver the efficiency or service quality payoffs promised by big data. On the demand side the level of digital literacy is a critical success factor for citizen uptake of services. Likewise a range of new skills and capabilities need to be introduced into Government agencies to achieve a positive digital transformation. On the supply side, the challenges are largely wrapped around breaking the paradigms of the past while addressing concerns of privacy, dealing with risk in a digital world and designing services fit for digital purpose. That means introducing new skills and capabilities into industries and Government agencies to achieve a positive digital transformation.

In 2014, the A3.0 Government Services and eHealth streams explored concepts which show promise for efficiency or service quality payoffs using government data and which deliver

During 2014, the Australia 3.0 streams used a future “fully digital economy” as an organising framework to develop and test specific concepts of service creation and delivery which allowed Government to focus on where it provides the greatest value, and which allowed Government to adapt to changing citizen expectations. These concepts were tested to simultaneously ensure the oversight role of government was not undermined, allowed greater transparency in decision making and supported evidence based policy making as a fundamental principal.

To show the value of the concepts in today’s environment, several concepts are being developed as PoC ICT solutions. The concepts selected created obvious value whilst drawing on a minimal number of government data sets, a minimum number of stakeholders and require the fewest possible changes to existing systems. These concepts are also being mapped to future stages that allow a credible pathway to a “fully digital economy”.

Following the two-day event in Melbourne 28-29 August 2014, several concepts have been developed to Proof of Concept (PoC) stage. The objectives of the workshop in February 2015 are to:

Australia 3.0 will bring together prominent leaders and advocates engaged in the Government Services and eHealth debate for an invitation only workshop in Sydney on 18 February 2015.

If you are interested in being involved in this exciting initiative please contact the Stream Leaders or admin@australia30.com.au